A Tale of Two Hundred Soaps

In the past few months, I've whipped up over 200 bars of soap. I know! So much soap! I've actually been making soap for years -- David (hubby) and I took a class while I was preggers with Eli (8 years ago!) and have since enjoyed making ridiculously yummy soap on a limited basis. Just a few batches a year. Nothing crazy fancy; enough that we never need to buy it and have a little left over for gifts.

Things on the soap front took a turn for the serious about a year ago. As I was recovering from my various brain surgeries, I discovered that soaping tutorials (yay youtube!) were a lovely & relaxing way to spend my time. In particular, I'm became crazy gaga for Soap Queen TV, a series of soap making tutorials by the very talented and experienced Anne-Marie of Brambleberry (which also happens to be my favorite place to buy soap making supplies).

Turns out that in addition to being damn fun, watching these tutorials turned me into a darn fine soap maker.

Six months ago, after dozens of friends insisted that my soaps were professional enough to sell, I opened shop. Serendipitously, around that time, my brother and his super rad ladyfriend got engaged (yay!) ... and clearly, they needed 200 bars of soap as wedding favors for their guests. The rest is history, and it's been months of mad soaping around here!

A lil sample of the madness:
Organic Lavender Divine. This cold process baby smells as good as it looks. 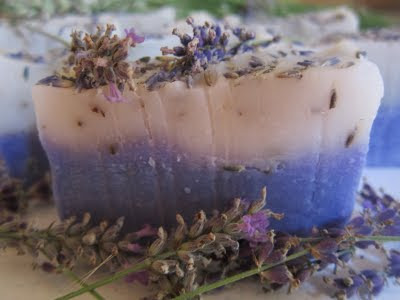 Rainbow soap! A very time consuming and detailed melt & pour project. While working on it, I swore that I'd never do it again (SO time consuming) but when I saw the final product, I was won over. Who doesn't love sparkly soap rainbows?!? 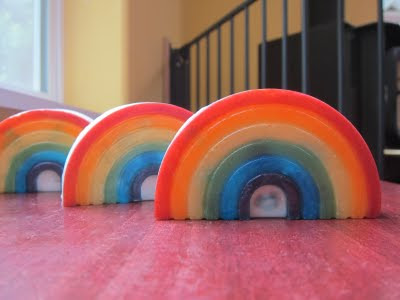 Four Flowers. Named for its fragrance. Scented with the essential and fragrance oils of four flowers: lilac, lavender, jasmine & saffron. 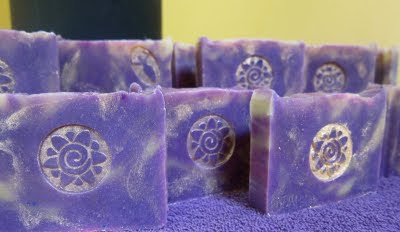 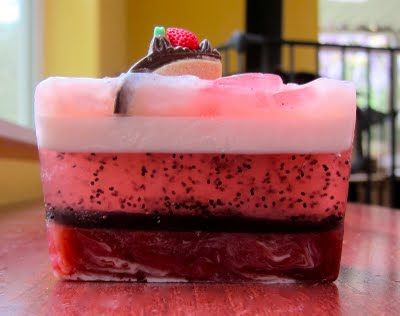 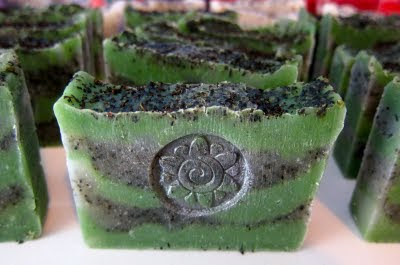 I also discovered that soap making is a great way to express my inner math nerd. Pi soap! Yay! 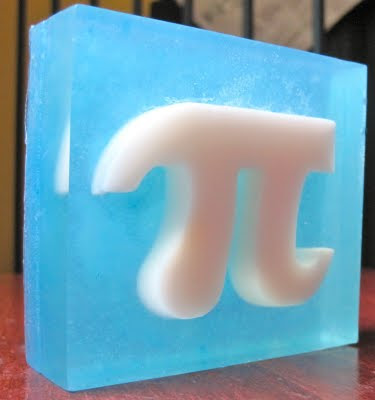 During one particularly silly evening, bordering on delirium (wheeeeeeeh!), I thought it'd be fun to make a soap that looks exactly like strawberry lemonade (it was!) 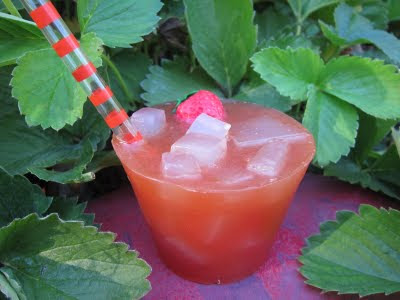 It was so popular with the chiddlers that they decided to make another just like it, only this time less soapy, more drinkable: 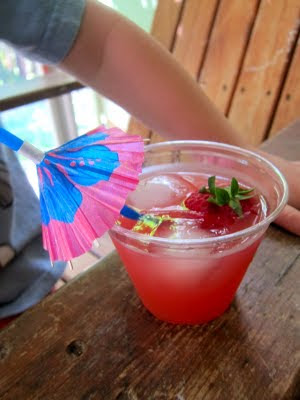 Eli loved the drink just as much as it's soapy predecessor and it quickly became the prototype for his latest obsession: Operation Lemonade Stand. Yep, he now sells these beauties at the playgroup for 50 cents a pop.