For the past 8 months, the chiddlers and I have had the privilege of studying woodshop with two very awesome teachers. It rocks. We attend class once a week and -- every class -- each come away with one toy, handmade from scratch. When I say from scratch, I really mean it. This is serious from-scratch business, yo -- no pre-cut wood here.

Generally, class starts with a little measuring and sawing. 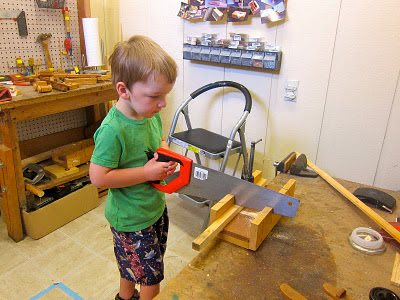 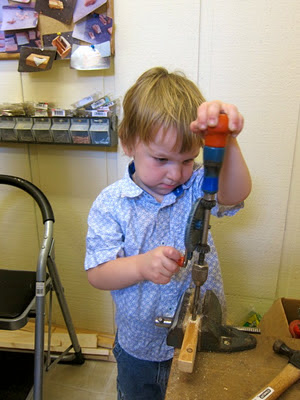 Can't have a class without a lil hammering. 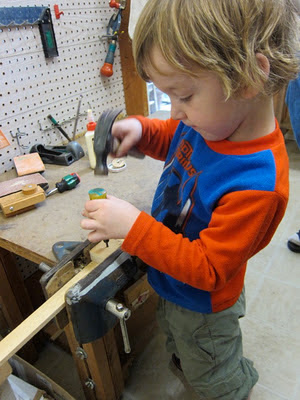 And, of course, screwdrivering (a mouthful, I know, but sounds better than the alternative). 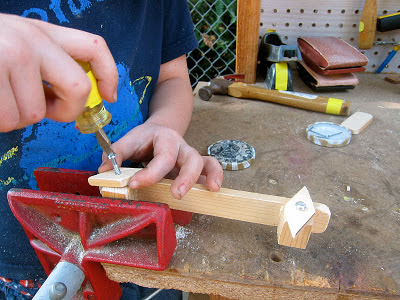 The final products, in my opinion, have been nothing short of amazing. 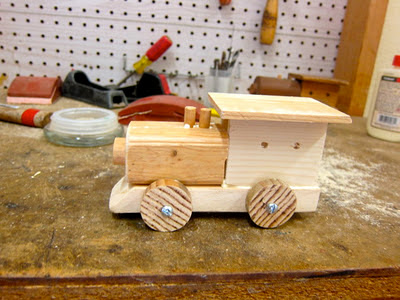 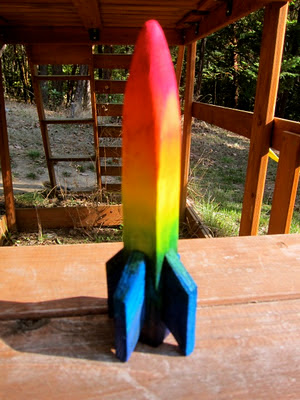 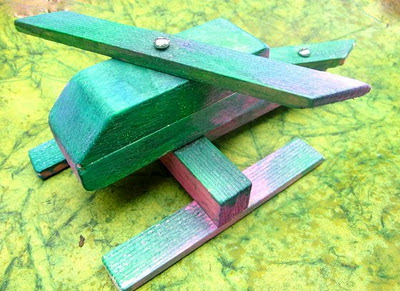 Choo-choo by Eli; Rainbow rocket by moi; chopper by Micah

These are just a select few of the creations we've churned out over the past few months. Like I said, every week is something new and exciting. I get a little choked up in attempting to express how fun, valuable, amazing and downright awesome in every imaginable way this class has been for the three of us. The kids are crazy for it and I, well... let's just say I've actually started dreaming woodshop, concocting in my head the following weeks rainbow rockets and little toy robots. It's just so fun and so satisfying and it don't hurt none that it teaches the kids all kinds of mad skillz, particularly of the mathematical variety (logic, measurement, problem solving, oh my!). I can feel this veering in to a blog post about woodworking and how important and wonderful and amazing and, sadly, underused it is as a teaching tool for kids, but let's just leave it at that and move on to the part, as promised, where woodshop meets etsy.

Over the summer, Eli developed a wee bit of an obsession for money. Money was suddenly just. so. cool. He loved every thing about it. "I just looooove the look of paper money," he said while gazing longingly at a five dollar bill, much to the amusement of my goddaughter. But even better than admiring it's inherent beauty? Counting it. Yep, counting money is seriously the bomb. It started with the cute lil piles of change I found around the house (always adding up to exactly one dollar). 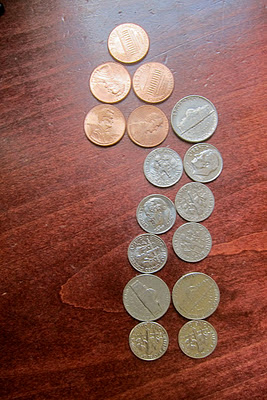 And then, one late night, things took a turn for the crazy, when he went on (what I can only describe as) a one dollar pile making bender. See for yourself: 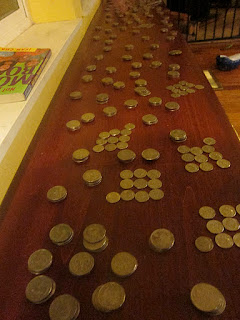 It was out of this love for money that operation lemonade stand was born. Then, still high off his success with the OP, he asked if he could get a job. A real job. He just really wanted to make money. I offered to pay him to do odd jobs around the property, but NO, that would not suffice. He wanted a job that would allow him to contribute to the overall income of the family. Mooching exclusively off the ol' rents was apparently no longer gonna cut it. When we came up pretty blank on job ideas for a seven year old, he started making things to sell, mostly in woodshop class. I mentioned in passing that he might have better luck selling his handmade wooden toys online; that I could set up an etsy shop for him. He was all over it. Micah, of course, wanted in on the action, too, sweet as it was. And, thus Brothers Make was born.

The rest is history. It's been a blast. The thrill of each sell is off the charts (even if their only customer is my brother). They recently sold a couple ridiculously cute handmade Christmas ornaments (check 'em out here and here).

I just think it's so cool that we live in a world where kids can sell their adorable handmade art online. The only downside being that they've now started charging for pretty much everything they make. Yep, David and I have to fork out a buck or two just to hang hand drawn kiddo art on the fridge.
Posted by Saberlowe at 6:49 PM